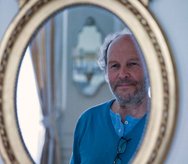 Teemu Kassila’s artistic path has been altered and enhanced due to dramatic and consequential life events. One of the first was a tragic car accident that ended the life of his childhood friend and permanently affected Teemu himself. Later, he discovered the Native American tribe called Hopi, where he was taught how mankind’s actions are threatening to destroy Earth’s ecosystem – the same ecosystem, which makes life possible on our planet. Accordingly he internalized the ancient belief that Earth is alive and that we are the sons and daughters of the planet.

In the ancestral land of the Hopi, Teemu was asked to join the rescue operation of the Cosmological Plan and the precious Life’s Natural Cycles. He learned that the Hopi and other Native people have given their sacred promise to help to keep nature in balance in order to help the great Life Plan to be fulfilled. Part of Teemu Kassila’s mission was to draw a copy of the Cornfield Prophecy for those who wanted to continue the assignment. Such stories represent the repeated mysteries that have kept on fascinating Teemu Kassila as an artist.

Additionally Teemu Kassila appreciates philosophies such as Bhuddism, and the thoughts of Jiddu Krishnamurti, which explores impossible questions, such as “what lies in the land where no one has walked before, where there are no footsteps or no more street signs to be found to direct us?”

Teemu Kassila believes that it is in myth, philosophy and deep thought, that the answers lie hidden, and that the real challenge is asking the right questions:

How should we convey our messages to fellow travelers, and through which media should we communicate?

Are our stories just remnants of a greater whole?

Is it possible to make a fragment whole?

Teemu Kassila’s first encounter with art and painting originated already in primary school at the Rudolf Steiner School in Helsinki, Finland. He later took classes of art and painting in the Waldorf Institute in England and in the USA. During this time, he discovered new sources of inspiration, e.g. natural healing, spirituality and authentic Native American studies, which all influenced his work.

His family background naturally guided him towards a career in art,; with a father who was a well-recognized film director, and a mother who worked as an actress and art designer. Consequently he also dabbled in the arts of acting and directing, but finally decided on painting as medium of expression. He complimented his earlier knowledge and experiences by taking private art lessons with some of the most prominent artists in Finland. 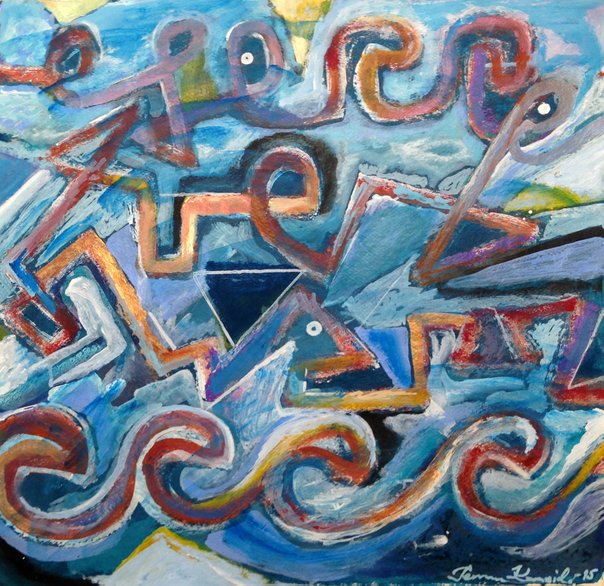